Astrology And The People Of The World 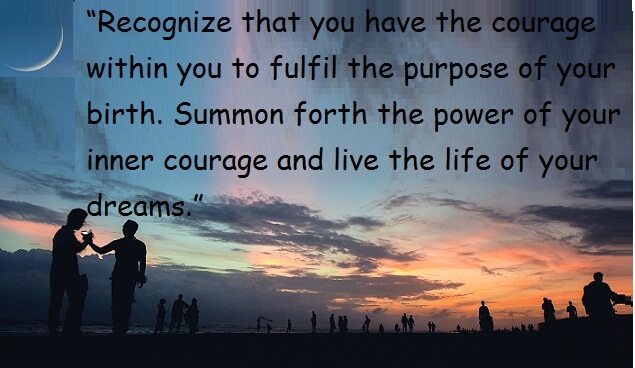 “When you are unsure about the future, keep doing what is in front of you with all your heart and with love, and what is meant for you will find you.”

People of the world have their own definition of life. In my personal view, it is important to remain happy with the way you want it to be. People always look for something which they don’t have with an assumption that if they could acquire that missing part of their lives, the may eventually become happy. We must have seen the run for money and prosperity among ourselves. Now, when we don’t know how to achieve the missing part in our lives, we try to look for some guru who can give us the path to follow success. In ancient times, the people who had that wisdom to provide suggestions had the higher place in society. Now, the situation has changed and people look for instant solutions by paying money in the form of Dakshina (Gurudakshina) to an astrologer (Guru).

Well, it is always true that every person has his/her own destiny and fate written during their birth. Everyone who comes on this earth comes with a life which is having energy and eventually a frequency is associated with everybody since he/she arrived to this earth. Earth is also constantly moving with its inherent frequency and gets influenced by the frequency of all identified and unidentified moving planets possessing their own characteristic frequencies. Now if you believe in science, the theory of relativity starts playing its role due to the interaction of your own frequency, the earth’s frequency and the interrelated effect and effect of all available frequencies. This becomes the basis of scientific approach towards understanding modern astrology which not only relates your birth frequency with other planets but also the changes associated with it.

This is how astrology works in general but trust me, true astrology never preaches fatalism. Astrology is bound by certain parameters. Every true astrologer ought to believe that there is a force that puts all these things into execution and is capable to alter the course of an event that is bound or not bound to happen. This is the sound factor no one can predict. Some like to call this sound factor as God.

Astrology is the language of the Stars, Astrology is commonly called the Shastra which tells us the facts about the planets. This is a very common saying it means that the science which makes the people know about Sun and the other stars and planets and understand them is known as Astrology.

It is the science of time that records the life and its Reactions to planetary radiations.

An action must produce a reaction. This is universal. The beauty of Vedic thought is that action and reaction need not be tied to one another as it is on the physical plane. A reaction can lie dormant and can surface later – a part of a well-conceived design, but, separated in essence of karma (Actions) and karma-phala (Results).

I mean Destiny is predetermined based on your past Karma (e.g. you will be born into a rich family or poor family, in particular area of world,) and Free will be the path to act as per your present Karma.

We can say Vedic astrology is a language for the spiritual masters to read our past karmas.

“It is not in the stars to hold our destiny but in ourselves.” -William Shakespeare

Planets are merely executors of God’s justice towards you.

Planets in good houses and signs indicate your good karmas, and if

Planets don’t control your life. Rather, your karma, bad and good, controls your planets.

Planets, the planets revolve around, or orbit, the sun, simply bestow the fruits of your karma for you.

The magnificence of astrology is that it will help you to always be in complete control of your life. Astrology is not fortune telling: but it is a recognition that we have free will. We know we are not controlled by the planets, but the planets do create the certain heaven of limitation or ease, that keeps us on our toes.

Taking up the study of this science in bits and pieces, I’ve realized it is not totally impossible to predict future though it is very tough. Chances of finding such an adept in the subject are close to the dead clock showing at least two times right time, especially among the ones who advertise and make a living out of astrology.

In case someone has a very thorough knowledge of astrology they can perfectly define events in your life. Be it past present or future.

Astrology provides you ways to improve your own character. The tools of astrology can be used to know the characteristics of a person, their qualities, and shortcomings and based on that the person can find ways to improve.

Astrology can also be used to predict the right kind of career for a person based on what the qualities they have according to zodiac signs.

Astrology can be used to identify the right kind of partner for a person through compatibility of zodiac signs, someone they will be most compatible with and it can also be used by someone to know their spouse in a better manner and they will be able to know why their partner behaves in a certain way which can lead to better acceptance and understanding between them.

Astrology also provides opportunities to help a depressed person by identifying the root cause of their depression through zodiac qualities.

Most importantly astrology can be used to give you hope at a time of total despair. There are times when are desperately in need of finding answers to why certain events are happening in our lives and in case these events are unfavorable we want to know how long will they last. Astrology has the answer to such questions.

There are many other things which astrology can be used for and if the astrologer is someone who has high ethical and moral values and good command over this subject then astrology is always 100% true.

So, the best way to deal with astrology is to keep trust or have faith in the subject yet remaining skeptical about the astrologer’s ability. However, even if you have belief in the astrologer, agree to all the good things he predicts but takes the bad predictions with a pinch of salt. Leaving fate aside, it is inevitable that what we do today decides our future.

All we need to do is to surrender to the goodness within and believe in our own divinity. Because the simple truth is that the God that we seek in the church, temple, mosque and gurudwara actually resides in us.

When you realize this truth and know its power in totality, all beliefs, customs, and religions fall by the wayside. What emerges then is a new you. It’s what some people call enlightenment, though I myself prefer the term self-realization.

The man has an innate desire to know his future-how far can the fragile man with flawed intellectual equipment understand or take it-therefore a limit up to which he could be made privy in this divine scheme had to be built into Astrology.

The essence of living in harmony. A man in harmony with his environment, with his work, with his desires, and with his family can lead a meaningful life.

Astrology is the science that helps a man in harmonizing his life.

As Sikhs consider Guru Granth Sahib as their Guru and keep following everlasting Guru during their time of happiness and sorrow. You are also requested to find someone who actually knows many aspects of your life through a true wisdom, experience, and politeness to make your life easy to live. Because, as told earlier, it is all about being happy and a true Guru can suggest you the path towards happiness.

All knowledge that the world has ever received comes from the mind; the infinite library of the universe is in our own mind.

“People pay for what they do, and still more, for what they have allowed themselves to become. And they pay for it simply: by the lives they lead.”