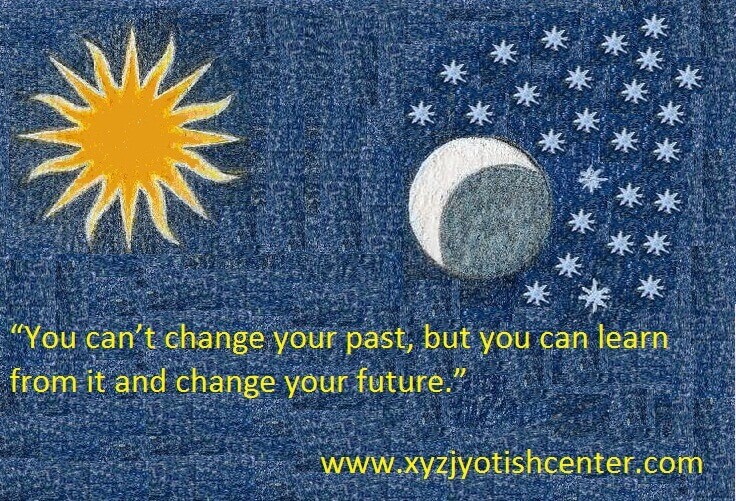 “Nothing happens by chance, by fate. You create your own fate by your actions. That’s Karma.”

A horoscope is an astrological chart representing the positions of the sun, moon, planets, astrological aspects and sensitive angles at the time of an event, such as the moment of a person’s birth. Horoscope often refers to an astrologer’s interpretation, usually based on a system of solar sun sign astrology, based strictly on the position of sun at the time of birth, or on the calendar significance of an event. The Daily Horoscope is based on 12 Zodiac signs which are known as sun sign analysis in western astrology. In daily horoscope Sun Sign will be same for all born on similar month, Moon Sign will be same for all born on same day depending upon the degrees completed in signs, and so both Sun sign and Moon forecast are general. Sun takes almost 30 days to travel through each sign.  Moon takes almost 28 days to travel through all twelve signs of zodiac. A sign is made of 30 degree and total 12 signs make the zodiac of 360 degrees. Sun sign would refer to the astrological idea of where the Sun was at the time of your birth whereas moon sign in Vedic astrology is where moon is placed in sign at the time of your birth.

Sun sign is followed in western Astrology. Moon sign is followed in Vedic Astrology. Most of the people have been found loves to read his/her zodiac Sun sign astrology. But these tend to be interesting in general and are never as accurate as learning more about one’s own chart and the personalized forecasts related to that chart. Beware if you depend upon your forecast it may be more than just an ineffective engaging.  Astrologer has to study the whole of your horoscope. Just Sun & Moon signs won’t give a full picture.  The positions of the sun, moon, planets, astrological aspects and sensitive angles at the time of an event, such as the moment of a person’s birth chart.   Future predictions that are based on Sun signs are extraordinarily popular around the world. Some people are so habitual of reading those predictions that they start their day with reading their horoscope only Sun sign astrology is the kind of astrology often met with in newspapers and magazines, and even the news channels have different blocks dedicated to sun sign / astrology. The inclination of astrology has also engaged internet in its leads and is flourishing effectively. Generally, sun sign / daily horoscope predictions are done keeping Sun signs in mind as it has enough special effects on all the natives.  Most of us read the forecast without giving specific attention to what it is based on.

The basis of western astrology and Vedic astrology is the same, but both branch out in different directions and follow their own systems. The names of sun signs and their houses and elements stated for every sun signs also remain same in both the systems. Only Vedic astrology is based on 27 constellations each is of 13.20 degrees if we multiply it with 27, the number of Nakshatras, then we get 360 degrees of the zodiac, whereas western astrology does not have any provision for this. From that point, both systems become absolutely different from each other. According to Vedic astrology, Nakshatras rule, the zodiac and all the Nakshatras have their specific deity. In Vedic astrology, these signs are further divided into two and a quarter of Nakshatras for 30 degrees of one sign each.

Different kinds of astrology measure this differently, meaning that according to Vedic astrology one person can have Aries as their sun sign, while in Western astrology the same person would be a Taurus. We have further split up the Zodiac signs into sub-parts. And that not only adds to the accuracy but also to Precision. Helps identify subtle differences between people of the same Zodiac Sign.

Western Astrology also has a decanate concept which is Very Good at increasing precision but the constellation’s / Nakshatra system is really very deep and more accurate as for as daily predictions, as Moon represent the Mind of the person. We can exactly know what the person desires not needs by looking at the moon in his chart. Mind desires so many things but does not needs everything he desires to live. Moon is mind or Manas, it the field where our thoughts play and run. We all have created a different world in our Manas or mind. Though, Moon sign & Nakshatra is a good starting point, followed by ascendant sign & Nakshatra. Moon Nakshatra determines the starting dasha & their timings in your life, and all planet positions, which decide the timing of planetary results. We in Indian/ Vedic Astrology do not rely on Just 1 Zodiac Sign, which is a Good practice. We have a Mathematical and Complex as well as Accurate approach to things. Obviously, you cannot split the approx. 7 billion humans into 12 zodiac sun sign only. Actually, they are accurate or they “were” accurate, because now it has become a business. You will find at pilgrimage places priest, Rishis that they take 5k or 10k for small things. Now, in newspapers and magazines, and even the news channels you get different blocks dedicated to sun sign / daily horoscope.

Astrology is mystical science. Those people who are so habitual of reading those predictions who trust in star signs are more likely to be thoughtless instead of expressive. People who follow their sun sign or moon signs are more likely to neglect their talents and be self-indulgent if they’re foretold to have a bad day, it is because forecast followers are convinced they cannot change their destiny so get impatient to drop their ideas, while people who don’t set any plans and ideas by their forecast carry on as expected. There were and there may be spiritual guides or astrologers in every part of the world who can also tell all about your past, present and future even without refereeing your zodiac sign or horoscope also.

“Remember that sometimes not getting what you want is a wonderful stroke of luck.”

Western astrology and Vedic astrology, sun signs dates are mentioned below, but for exact position regarding a degree of sun sign and for moon sign you have to look for daily transits of planets from Planetary Ephemeris of particular days.

How to be Successful

We still do not know one thousandth of one percent of what nature has revealed to us.

“The ego is only an illusion, but a very influential one. Letting the ego-illusion become your identity can prevent you from knowing your true self. Ego, the false idea of believing that you are what you have or what you do, is a backwards way of assessing and living life. “